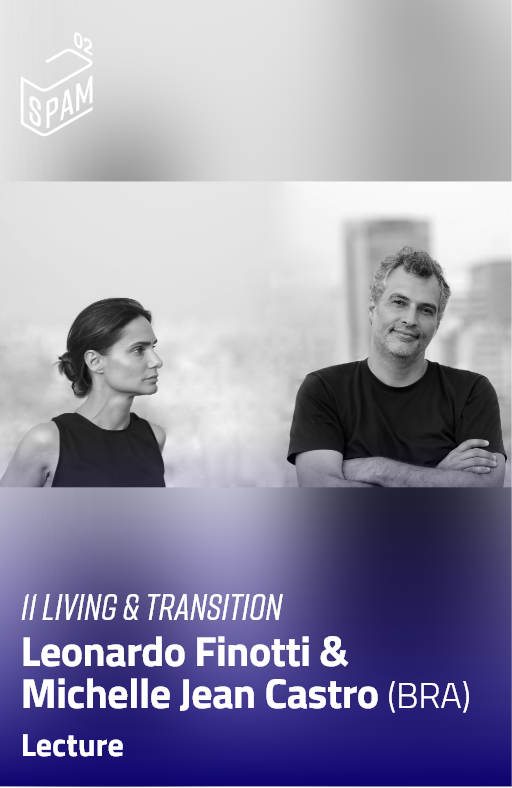 Leonardo Finotti is a visual artist whose trajectory has centered around two complementary themes: through his photography he rigorously explores Modern Architecture and also investigates anonymous or informal urban spaces.
After graduating in Architecture and completing a post-graduate program at the Bauhaus Dessau Foundation (Germany), Leonardo began his career as a photographer in Portugal, where he lived for six years, working with some of the leading Portuguese architects. He then set out on a systematic project aimed at aimed at a rereading of Modernism around the world, which he continued upon his return to Brazil. He has collaborated internationally with diverse architects and publications, while at the same time produced a number of personal projects (exhibitions, publications) in which architecture and the city form the main axis of his visual investigation: Pelada (2014), Latinitudes (2015), Rio Enquadrado (2016), A Collection of Latin American Modern Architecture (2016), to name just a few. Leonardo’s work has been shown in a number of solo and group exhibitions and is also included in the collections of some of the most important public and private institutions worldwide, such as the Buendner Kunstmuseum Chur (Switzerland), Fundação EDP (Portugal), AzW (Austria), Harvard Art Museums (USA), Cité de L’Architecture & du Patrimonie (France) and Itaú Cultural (Brazil). He has represented Brazil at two Venice Architecture Biennales, at the 10th Art Biennial of Mercosul and was also a prizewinner at the 15th Buenos Aires International Biennial of Architecture.
In 2008 Leonardo was invited by Barry Bergdoll, chief curator at MoMA, New York, to take part in the “Latin America in Construction: Architecture 1955-1980” exhibition (2015). The project, which spanned a period of seven years, is a visual reinterpretation of the legacy of modern architecture in Latin America. In addition to his contribution to the exhibition, 15 images by Leonardo were acquired for the museum’s permanent collection and a chapter in the exhibition catalog was dedicated to his work, taking the form of a portfolio.

Michelle Jean Castro, is an architect and curator from Recife, now based in São Paulo.
She started her career working with architectural offices such as Rafael Viñoly in USA, José Alves Amorim in Portugal, Hector Vigliecca in Brazil. In parallel Michelle used to write for architectural magazines and was the author of “Les kiosques de l’économie parallèle” for L’Architecture d’Aujourd’hui, a project about Microrayons, the powerful symbol of housing in a soviet city, post soviet period. Michelle has designed exhibitions, especially photo-installations, internationally.
In 2014, with Leonardo Finotti, Michelle co-founded LAMA-SP in downtown São Paulo, an artist run space in downtown São Paulo that produces exhibitions and publications that focus on photography, architecture and cityscape.