In 1998 Lars Krückeberg established GRAFT in Los Angeles together with Wolfram Putz and Thomas Willemeit. With further offices in Berlin and Shanghai, GRAFT has been commissioned to design and manage a wide range of projects. GRAFT has won numerous national and international awards and earned international reputation throughout its existence.

In 2009 the GRAFT founding partners co-founded Solarkiosk AG together with Andreas Spiess, which affiliate companies are incorporated in ten countries worldwide today.

Thomas Willemeit established a branding agency together with Linda Stannieder in 2014. The agency operates at the interface of architecture, design, and branding.

Lars Krückeberg, Wolfram Putz and Thomas Willemeit together with Marianne Birthler curated the German Pavilion in Venice at the Architecture Biennale 2018.

In 2018, Lars Krückeberg was selected as one of nine scholarship holders of the German Academy Villa Massimo Rome. The scholarship for the stay abroad goes to the elite of German artists and creatives. 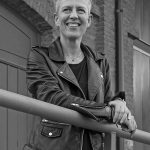